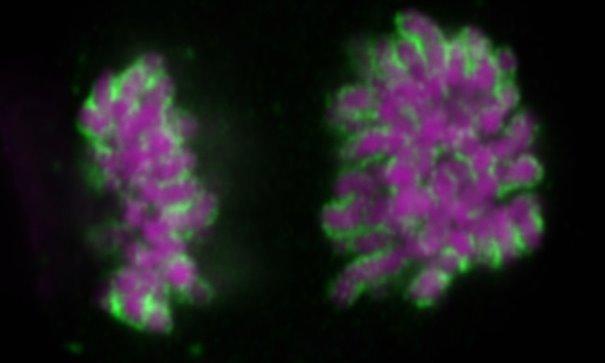 An international team of scientists has uncovered how cells remove unwanted components from the nucleus following mitosis. The results, published in the journal Nature, stem from a fruitful collaboration between the European Molecular Biology Laboratory in Heidelberg and the Institute of Molecular Biotechnology in Vienna. The press release can be found here.

The organisation of cells into specific compartments is critical for their function. For instance, by separating the nucleus from the cytoplasm, the nuclear envelope prevents premature translation of immature RNAs.

The research team from IMBA and EMBL have now shown that large components such as ribosomes are in fact removed from the forming nucleus before the nuclear envelope is assembled again. This exclusion process requires the protein Ki-67, which was the focus of an earlier publication in Nature by Sara Cuylen-Häring, group leader at EMBL Heidelberg and the other joint first author of this study.

In this older study it was discovered that Ki-67 was responsible for keeping chromosomes separated in early stages of mitosis by acting as a surfactant. “Remarkably, we have now found that it changes its properties at the end of mitosis and performs the opposite function, namely clustering of chromosomes,” said Cuylen-Häring. By coming together into a dense cluster at the end of cell division, chromosomes are able to exclude large cytoplasmic components before the nuclear envelope reforms.

“This collaborative work shows how a single protein can dynamically change the surface properties of chromosomes,” explains Alberto Hernandez Armendariz, PhD student in the Cuylen-Häring group. “Ultimately, this facilitates effective compartmentalisation of key processes within the cell.”

About IMBA
IMBA – Institute of Molecular Biotechnology – is one of the leading biomedical research institutes in Europe focusing on cutting-edge stem cell technologies, functional genomics, and RNA biology. IMBA is located at the Vienna BioCenter, the vibrant cluster of universities, research institutes and biotech companies in Austria. IMBA is a subsidiary of the Austrian Academy of Sciences, the leading national sponsor of non-university academic research. The stem cell and organoid research at IMBA is being funded by the Austrian Federal Ministry of Science and the City of Vienna.

EMBL is Europe’s flagship laboratory for the life sciences. We are an intergovernmental organisation established in 1974 and are supported by over 20 member states. EMBL performs fundamental research in molecular biology, studying the story of life. We offer services to the scientific community; train the next generation of scientists and strive to integrate the life sciences across Europe.

We are international, innovative and interdisciplinary. We are more than 1600 people, from over 80 countries, operating across six sites in Grenoble (France), Hamburg (Germany), Heidelberg (Germany), Cambridge (UK), Rome (Italy), and Barcelona (Spain). Our scientists work in independent groups and conduct research and offer services in all areas of molecular biology. Our research drives the development of new technology and methods in the life sciences. We work to transfer this knowledge for the benefit of society. 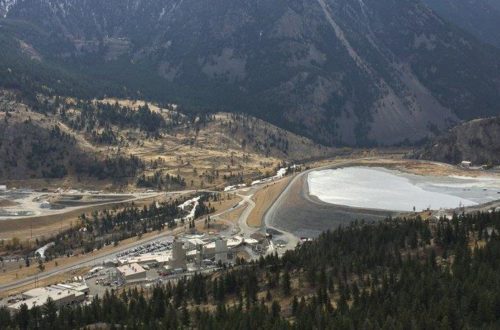