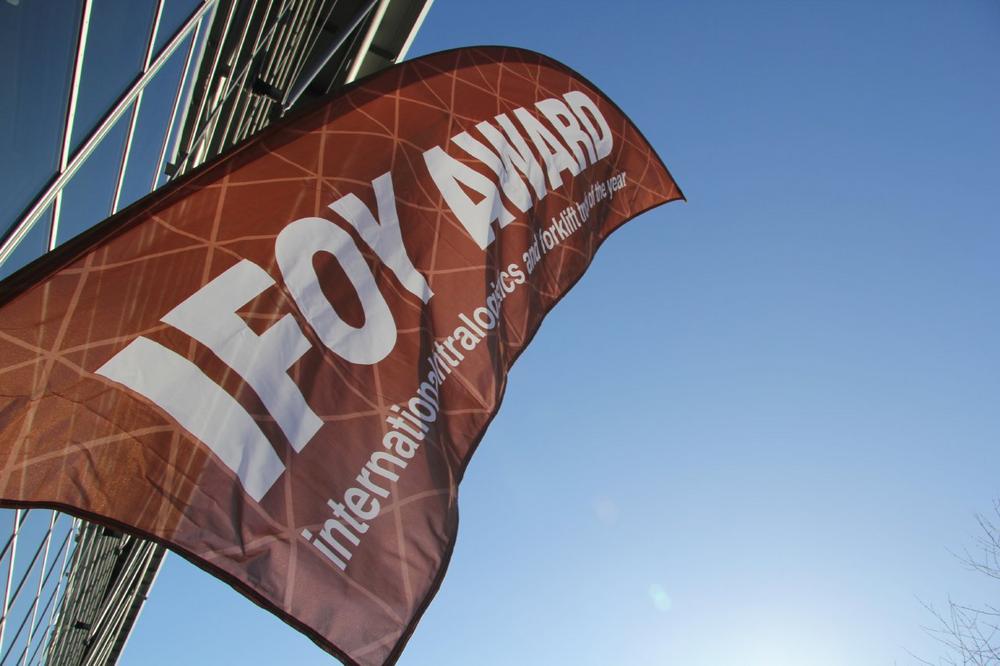 – 17 products and solutions from 14 intralogistics providers nominated for IFOY AWARD 2021.

– Nominees will take part at the world-renowned IFOY Audit at the Dortmund trade fair centre in March.

The finalists for this year’s IFOY AWARD (International Intralogistics and Forklift Truck of the Year) have been announced. In the ninth round of the awards, which are also known as the “Oscars of intralogistics”, the jury has selected 17 devices and solutions from 14 manufacturers to compete for the best intralogistics products and solutions of the year from a field of 36 applicants. “This year, the jury concentrated on a few top models in classic forklift trucks and warehouse equipment and placed a very strong focus on the warehouse of the not so distant future in its nominations. This is a clear statement of where the journey in intralogistics is going; autonomisation, technology, software and holistic solutions are more important than ever right now. The finals will be highly exciting,” says Anita Würmser, chairwoman of the IFOY jury.

All finalists will go through the three-stage IFOY Audit during the international IFOY TEST DAYS from March 22 to 26 – in 2021 for the first time at the Messe Dortmund exhibition centre. In the IFOY Test, experts use a standardized procedure to measure the key figures of the finalists. In the IFOY Innovation Check, scientists will evaluate the innovative potential of the nominated products and solutions. The Innovation Check is conducted by specialists from the Dortmund Fraunhofer Institute for Material Flow and Logistics (IML), the Chair of Technical Logistics at the University of Dresden and the Chair of Materials Handling, Material Flow and Logistics (fml) at the Technical University of Munich. At the end of the IFOY TEST DAYS, jurors from Europe, Australia, Brazil, China, India, Russia and South Africa will travel to the Ruhr region to have a closer look at the nominated products and solutions and test them themselves.

The jury members are trade journalists from leading logistics media in 21 countries. The criteria assessed include innovation value, technology, ergonomics and handling, safety, marketability, design and customer benefits, as well as cost-effectiveness and sustainability. Important to know: Finalists are not compared with each other in their individual categories, but with the competitive products and solutions on the market. “Only those who outperform their direct competitors in terms of innovation have a chance of winning,” emphasizes Würmser.

The prestigious trophies will be awarded on May 21 at the Hofburg in Vienna. In cooperation with the LOGISTIK.Kurier and the Austrian Chamber of Commerce, the award ceremony will take place as part of the gala of the Austrian HERMES Verkehrs.Logistik.Preis. Several hundred international guests are expected in the traditional Great Ballroom of the Hofburg, including the top names in transport, logistics and intralogistics. Until then, the result will remain a secret – both for the finalists and for the public.

All finalists at a glance

The German software and robotics expert arculus from Ingolstadt has made it to the finals of the IFOY AWARD 2021 with two products and solutions: The multi vendor fleet management system arculus Fleet enables its users to operate AGVs from different manufacturers on one surface via the new VDA 5050 interface, including planning and, among other things, intelligent path planning based on live traffic information. The company is also hoping to win an IFOY AWARD for its nominated AGV arculee2. Developed for inhouse production and logistics environments, the autonomous mobile robot with a capacity of up to one ton is designed to bring autonomous driving and the economies of mass production to industrial areas. The AGV is controlled by a robotic unit that enables over-the-air updates and fleet learning.

Cargotec Engineering Ireland has ensured itself a place in the final and has entered the competition with the second generation of its MOFFETT E4-25.3NX, the world’s first all-electric truck-mounted forklift. In addition to numerous safety features, the 2.5-ton capacity truck has a fully electric three-wheel drive and is emission-free.

Intralogistics provider Hänel entered the competition for an IFOY AWARD with a warehouse solution and reached the final round. The warehouse technology manufacturer implemented the integration of twelve Hänel Rotomat warehouse lifts over two floors for MSC Technologies, a provider of embedded systems. The carousels not only connect the physical flow of goods, but are also seamlessly integrated into the SAP environment. A unique feature is that the lift control is also a SAP terminal.

The HUSKi tugger train solution from H+E Produktentwicklung also made it to the finals. The HUSKi can transfer goods weighing up to 1.4 tons contactlessly, automatically and autonomously, making autonomous intralogistics possible in the large goods sector.

Also nominated is the Integrated Drone Control Center of HHLA Sky – a subsidiary of Hamburger Hafen und Logistik AG (HHLA). The drone management system organizes all processes in the operation of drones and remote-controlled vehicles on a single platform. It is able to fly more than 100 drones simultaneously out of sight.

HAI ROBOTICS from Shenzhen, China, is represented twice in the final round. On the one hand, the jury was impressed by the brand new HAIPICK A42T, the world’s first telescopic lift ACR (Autonomous Case Handling Robot). It enables intelligent “goods-to-person” order picking and covers a height of up to 6.50 metres with its telescopic lift function. Also nominated for the finals was a warehouse solution based on the HAIPICK A42N model. According to the company, the A452N is the world’s first autonomous carton picking robot to enable mixed picking of cartons and totes of different sizes. The manufacturer adopts 3D visual recognition technology to enable the machine to locate and directly access totes and cartons without the need for codes.

The fact that an automotive manufacturer does not have to hide as an intralogistics provider is demonstrated by a nomination for the newly founded BMW subsidiary IDEALworks. Its fully autonomous, mobile robot iw.hub is not only offered in an attractive price segment, but with its cloud-based control platform AnyFleet, it can be implemented within two days without any structural adjustments – based on the VDA 5050 standard also with third-party devices.

The Smart Pallet Mover (SPM) of the Interroll Group also made it to the finals. This is a new, mobile robotics solution for the automation of pallet transport in the areas of production machines and order picking, with the ability to transport pallets or boxes weighing up to 1.000 kilograms.

A well-known participant at the IFOY AWARD is the Hamburg-based intralogistics provider STILL. The company has been awarded with several trophies in recent years. This year, the EXH-S 25, a low-lift pallet truck with a load capacity of 2.5 tons for particularly tough and narrow work areas, was nominated. It is characterized by its particularly compact dimensions and can travel at speeds of up to 14 kilometres per hour. A second nomination goes to STILL for a warehouse solution. As part of its Danfoss Project, the company supplied a fully coordinated combination of three automated series industrial trucks each for the new production warehouse of Danfoss Power Electronics in Tinglev, Denmark, and installed all system components.

The jury nominated no less than five start-ups for the 2021 final in of the “Start-up of the Year” category. NIMMSTA is competing with the HS 50, the first backhand scanner with a touch display that enables hands-free scanning. The LOGISTICS INTERCHAT platform from OPPIDUM TIC in Zaragoza, Spain, is created to solve communication problems for freight forwarders with employees in loading and unloading centres. The platform helps to comply with social distancing regulations. The SYNA.OS Logistics software system from the Hannover-based start-up SYNAOS also reached the finals. The solution for orchestrating factories and logistics centres using artificial intelligence and cloud technologies optimizes intralogistics processes, controls autonomous mobile robots and optimizes routes, among other things. The fourth candidate in the final round of the start-up category is the Volume WAVE from VOLUME Lagersysteme. This product is the world’s first ultra-compact, fully automated pallet shuttle warehouse with individual access to storage places which has a very high storage density and is an alternative to automated storage and retrieval stacker crane systems as well as wide and narrow aisle warehouses. The fifth finalist is WAKU Robotics‘ solution WAKU Sense. This is a real-time analytics dashboard, which can be used to benchmark the different robot types in performance, the capacity of utilisation, and reliability across sites.

Following the slogan “IFOY meets Business”, B2B trade experts from the logistics sector will once again be admitted to two days of the IFOY TEST DAYS 2021 on March 25 and 26. The TEST CAMP Intralogistics will enable logistics decision-makers to take test drives, test equipment and hold intensive technical discussions with company representatives whose equipment and solutions have made it to the IFOY AWARD finals. Nominated vehicles and solutions from previous years will also be presented.

IFOY AWARD
Finalists 2021 at a glance

IFOY AWARD WWW.IFOY.ORG
The International Intralogistics and Forklift Truck of the Year (IFOY AWARD) recognises the year’s best intralogistics products and system solutions. The aim of the organisation is to document the performance capability and innovative drive of the intralogistics, helping to boost competitiveness and raise the profile of the entire sector in the public arena. The winners of the IFOY AWARD are selected once a year by an independent jury of international trade journalists. The sponsor of the IFOY AWARD is the VDMA Materials Handling and Intralogistics Sector Association. IFOY partners are Messe Dortmund and the world´s leading forklift attachment manufacturer Cascade. The IFOY pallet partner is CHEP, the global market leader in pallet pooling. Logistics real estate partner is GARBE. The headquarters of the IFOY organisation are in Ismaning near Munich. The IFOY AWARD is under the patronage of the Federal Ministry for Economic Affairs and Energy of the Federal Republic of Germany. 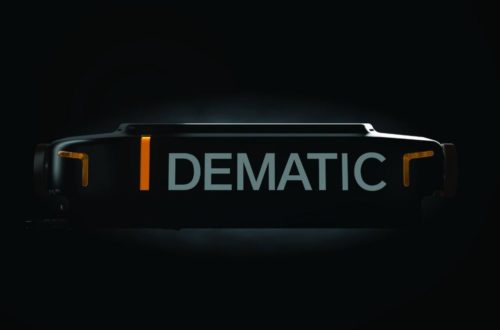 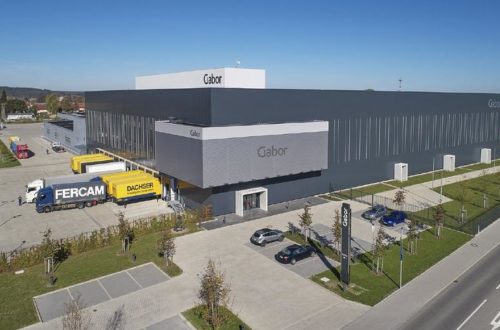