This extraordinary structure was built according to plans by architects and engineers from Germany.

It is an extraordinary project: After the Islamic pilgrimage sites in Mecca and Medina, it is the third largest mosque in the world. At 265 meters tall, its minaret is higher than any other, while the Prayer Hall hosts up to 36,000 worshippers on religious festival days. The entire complex provides space for up to 120,000 visitors every day and, alongside the Prayer Hall and the minaret, comprises further facilities such as a museum with a research center for Islam, a conference center, a library, a theological college, apartments and infrastructure buildings.

The religious building in the Bay of Algiers is a joint project by architects, engineers and construction companies from three cultural worlds –Europe, North Africa and China –and the whole complex on the 26-hectare site was commissioned by the Algerian government. The mosque was designed by German planners: the consortium of KSP Jürgen Engel Architekten and KREBS+KIEFER International; in 2008, the architectural design by KSP Jürgen Engel Architekten won the international competition and subsequently the consortium was charged with the general planning of this large-scale project. German Chancellor Angela Merkel and the Algerian President both attended the contract signing – the official launch of the planning work – back in July 2008. Realization of this major project covering a gross floor area (GFA) of around 400,000 square meters in total was entrusted to China’s biggest construction company, the “China State Construction Engineering Corporation (CSCEC for short), which acted as general contractor. In early 2012, construction work began on the Djamaâ el Djazaïr – Arabic for “Great Mosque”.

Through a series of major projects, Algeria’s government is aiming to make its country’s modernization and rejuvenation visible. The Grand Mosque is one such project, alongside universities, schools, infrastructure and transport facilities, including the new airport in Algiers.

“When we studied the site we immediately realized how important it was to reflect local conditions: the proximity of the sea, the strong sunlight, the line of mountain ridges that separates the Bay of Algiers from the hinterland and the desert. We choose this large shape in order to give the building a strong presence at its location between the sea and the mountains,” recalls Jürgen Engel, architect, on the approach taken at the beginning of the design and planning process.

The design as realized not only scored points in the international architecture and general planning competition, but also provides an answer to the question of how a mosque should be built today. The architects have reinterpreted the structure of the pillar-hall mosque, which is widespread in the Maghreb. As a Friday mosque, the Grand Mosque is not only at the heart of religious activities, but is also a center of the community and society as a whole –hence, similarly to a town center, the complex also plays a secular, public function, incorporating shops, teahouses and a cinema with four screens. These venues lend vibrancy to the mosque complex as they are places where people can meet and spend time. An extensive park connects the 600-meter-long main complex with the neighboring conference center, the library and the theological college. “

The main complex with its Prayer Hall is based on a clear structure with four square modules placed in a line, each measuring around 150 x 150 meters. They form a hierarchical spatial sequence in a linear arrangement; in the direction of Mecca, the open forecourt with the entrance arcades (the pergola) and the view of the sea is followed in the line by the (esplanade) that transitions to the religious areas like the main forecourt (cour) and the Prayer Hall (salle de prière). [The joint podium houses an underground car park with approx. 4,000 parking spaces and as a raised platform creates a clear spatial division from the multilane expressway that runs parallel to the complex.]

The key stylistic element of the ensemble is the slender pillars with their projecting capitals, which can be found in all parts of the complex. Their form and proportions were inspired by the calla lily that is native to Africa. These floral pillars – 618 of them in total – are installed in various heights and versions depending on their functions and requirements, and they serve as a central connecting element of all areas of the ensemble. Indeed, the interior of the large Prayer Hall with its central dome is also divided up by pillars, which reach heights of up to 45 meters here. The pillars also serve for technical purposes such as ventilation, drainage from the roof surfaces and improvement of spatial acoustics thanks to their expansive capitals. The Mezquita-Catedral of Córdoba provided a historical reference here, with its tightly packed rows of pillars that divide up the Prayer Hall and yet still make the breadth of the space perceptible. The design of the complex is based on the way the architects engaged with local conditions: “The colors and materiality of the desert are expressed by the sand-colored natural stone (travertine). The opulent vegetation in Algeria is reflected in the floral pillars with their chalice-shaped ‘calla’ capitals as the element bracketing the entire complex,” is how Jürgen Engel, architect, explains his choice of materials and shapes.

Aside from the dome, which measures 50 meters in diameter and reaches a height of 70 meters at its apex, the major landmark of the complex and easily visible from afar is the minaret, which soars to 265 meters. It is not only currently the highest structure in Africa, but also the world’s tallest minaret, beating the Hassan II Mosque in Casablanca, Morocco. The slender tower follows the building tradition of the Maghreb: shifted asymmetrically from the axis with a square footprint. At the same time though, it is the first minaret in the world to take on various different functions and is therefore similar to a modern hybrid high-rise. Along with a viewing platform in the glazed top of the tower (the Sommah), the structure also includes a museum of Islamic culture complete with a research center, office areas and sky lobbies. These likewise serve as viewpoints and break up the tower visually into five segments in line with the five pillars of Islam.

The Great Mosque combines Maghreb building traditions with European Modernism. Up to 120,000 visitors a day make it the cultural and religious heart of the city. It represents the formation of a new Maghreb architecture with international resonance. Meanwhile, the structure is even adorned by one of the country’s banknotes (1,000-dinar note), the symbol of the city. This is also the first time that structural and architectonic features to ensure the stability of the complex in an earthquake have been incorporated in this magnitude.

“Of course we looked at the culture, at the Maghreb itself, at the Islamic religion, and the history of Algeria. As western architects, we are initially dealing with a foreign culture. We see it with our eyes, learn to understand it and then cautiously reinterpret it,” says architect Jürgen Engel, describing the initial approach to the design and planning process.

The Great Mosque is a joint project that unites different cultures.

Alongside the planning team and the site management from Germany, those involved in the project included the local team made up of Algerian engineers and international specialists, a Canadian project manager among others, and the Chinese construction company. Hence, there were initially 1,600 and ultimately up to 4,000 Chinese and Algerian construction workers, as well as more than 300 architects and engineers from Germany, France and China on the building site. In addition to French as the official project language, Arabic, German, Chinese and English, among others, could all be heard on the site.

“One essential cornerstone of the project’s success lies in the social skills of the project management team. Only with great willingness to embrace what was foreign and only with the ability to engage in to intercultural communication were we able to tackle the task, through which we have grown in every regard,” says Eric Fischer, Managing Director and Partner at KREBS+KIEFER, describing the key components of the project.

Engineering firm KREBS+KIEFER now boasts 16 offices in Germany as well as a further two abroad, and employs a total of approx. 800 people worldwide. KREBS+KIEFER provides technical engineering planning for all kinds of high-rise and structural engineering tasks, as well as transport and infrastructure projects. Abroad, the focus is on project management, general planning, and construction management of projects in North Africa, the Near and Middle East, and Eastern Europe and Asia.

The highest minaret in the world and a Prayer Hall for 36,000 believers in an earthquake-prone region pose extraordinary challenges for structural engineers.

At 265 meters high, the minaret is currently the highest building in Africa, and it’s located in an area of substantial seismic activity. In order to ensure the stability of this very slender tower with its small footprint of 28 by 28 meters, the engineers incorporated 50-meter-deep so-called “barette” foundations with 1.20-meter thick concrete walls. The load-bearing structure of the high-rise combines steel and concrete, which stand up to the loads created by earthquakes extremely well.

The earthquake stability of the Prayer Hall is achieved through its positioning on seismic isolators. These ensure that the structure is able to move in all directions in case of an earthquake and is thus largely detached from the shocks.

“It was thanks to the great skill of the structural engineers that this architectural design could become a reality. The extraordinary dimensions of the structures, the stresses of the climate and earthquakes, and the local limitations of the construction technology and building materials were challenges we were able to overcome,” says Eric Fischer, Managing Director and Partner at KREBS+KIEFER, describing the particular technicalities of the project.

Procuring building materials and structural elements proved to be a logistical challenge. Hence, for example, more than 600 prefabricated spun concrete struts, which help to shape the appearance of the ensemble in the form of the floral pillars, were produced in Germany and transported to Algiers by rail and ship.

Further information and press images are available on request.

Opening of Prayer Hall:
October 28, 2020 (festival of Mawlid an-Nabi, birth of the Islamic prophet Mohammed), November 6, 2020 prayer hall opened to the public for the first time for Friday prayers

KSP Jürgen Engel is one of the internationally successful architecture firms based in Germany. The company’s localized structure enables us to address regional specificities in depth and to manage a broad spectrum of construction projects. Our international breakthrough came with the Chinese National Library in Beijing, which is considered one of the country’s 100 most important buildings. Today, KSP Jürgen Engel Architekten employs around 300 people. We acquire the majority of our commissions through successful participation in international architecture competitions. 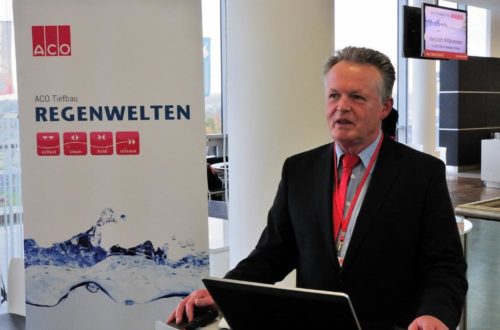 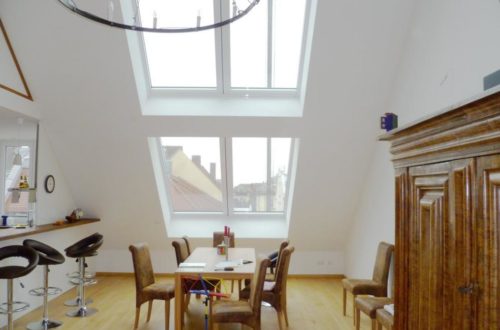 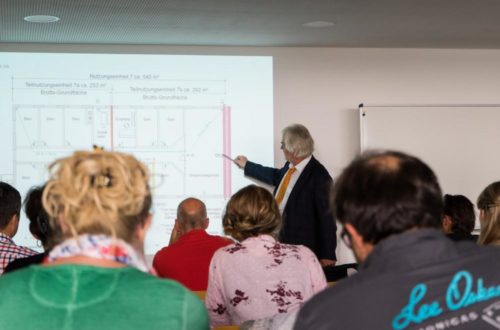