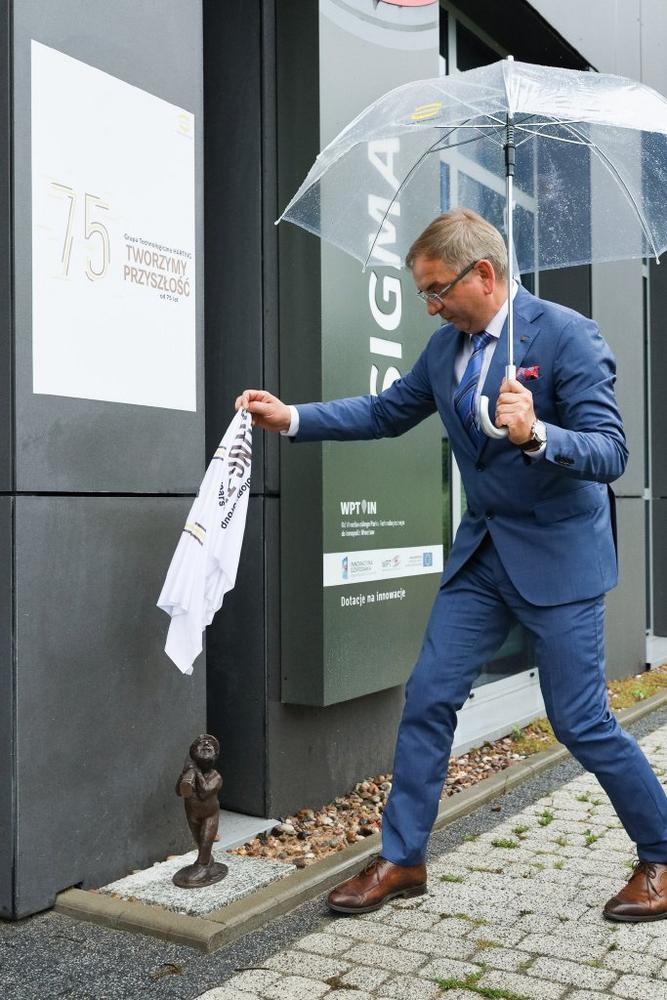 Since the beginning of September, a little man has been a member of the large family of the HARTING Technology Group: a dwarf is to bring good luck to the subsidiary HARTING Polska.

The "little Harting", created by the artist Tomasz Moczek, is now performing its service directly at the entrance to the building of the subsidiary in Wrocław. The 75th anniversary of the technology group on 1 September marked his first working day. The dwarf was warmly welcomed by Mariusz Matejczyk, Managing Director of HARTING Polska, and the other employees. The dwarf always has a smile on his face and provides customers with the right connectivity – while wearing the well-known HARTING trade fair shoes.

The dwarves have a long tradition in Wrocław. They can be seen everywhere in the cityscape and are every bit as famous as the "Berlin Bear" in the German capital. In the last years they have increased to about 380 dwarfs. In the 1980s, when the opposition rebelled against the communist regime, the opposition depicted grievances in a humorous manner – and painted dwarves on the walls. The dwarves then became a symbol of political resistance. In Polish popular belief, they are considered to be little helpers with housework and the accumulation of wealth.

"I am pleased about the addition to the family. May the ‚little Harting‘ of the Polish subsidiary always be a loyal helper in the process of growing our assets," as Margrit Harting, Board Member of the HARTING Technology Group, commented.

The HARTING Technology Group is one of the world’s leading providers of industrial connection technology for the three lifelines of Data, Signal and Power and has 14 production plants and 44 sales companies. Moreover, the company also produces retail checkout systems, electromagnetic actuators for automotive and industrial series use, charging equipment for electric vehicles, as well as hardware and software for customers and applications in automation technology, mechanical and plant engineering, robotics and transportation engineering. In the 2018/19 business year, some 5,300 employees generated sales of EUR 750 million. Founded on 1 September 1945, the company is celebrating its 75th anniversary this year. 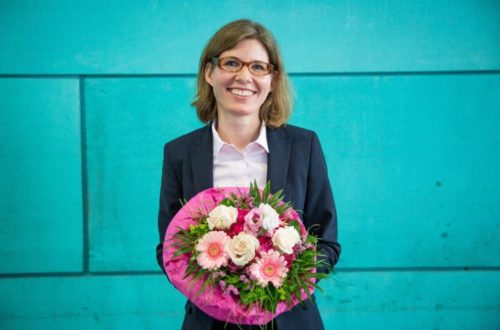 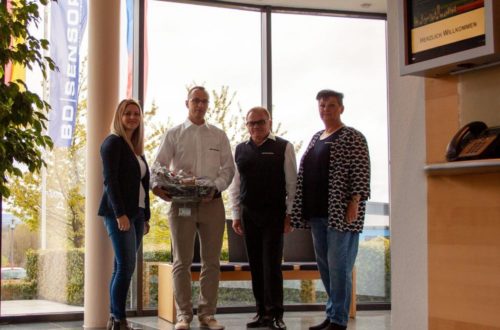 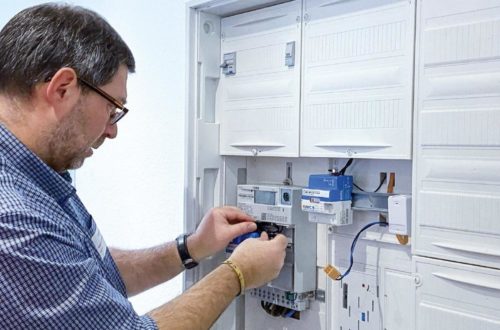