Each performance this November is a breakthrough: with creativity and an abundance of sound, the Oper Leipzig begins returning to its planned program. The premieres of Wagner’s Lohengrin and Verdi’s Il trovatore will take place on their originally scheduled dates! Creatively abridged versions will be presented without intermissions, but with both the chorus and a very large orchestra on stage. Carmen will be revived on 22 November 2020, in a quintessential version of the production by Australian stage director Lindy Hume. For Hume, Bizet’s title heroine isn’t a vamp, but a freedom-loving woman in charge of her own destiny.

And the Junge Oper returns with an inspiring Mozart program in the Konzertfoyer. Audiences will have the chance to meet the titular Amadeus Musikus in a program designed for children five years of age and older. A further November highlight is a festive gala by the Leipzig Ballet, marking the 10-year anniversary of Mario Schröder’s choreographic work in Leipzig. Entitled Terra, the performance features selections from current and past Leipzig Ballet productions.

Change of scene: The Musikalische Komödie will bow in a new venue in November, as the Haus Drei Linden is still undergoing renovations. Six evenings in this historic space promise entertainment at its best.

Two art exhibits will also appear at the Opera House this November. Selected works from the 30th Sächsisches Druckgrafik Symposion will be shown in the Konzertfoyer in November. In addition, the Oper Leipzig will present sculptures and works by artist Klaus Hack that will also play a decisive role in the staging of Lohengrin. Invitations to follow.

THE HIGHLIGHTS FROM NOVEMBER’S PROGRAM AT THE OPER LEIPZIG IN DETAIL:

The times we live in demand an approach to each work that is at both unique and creative. For Intendant and General Music Director Prof. Ulf Schirmer, however, the music is always the focus. And the generous proportions of the Opera House’s main stage means it’s possible to make music together with the Gewandhausorchester – one of the best orchestras in the world – in its full strength. Schirmer has developed an abridged version of Lohengrin that presents all of its grand musical scenes (such as the »Bridal Chorus« or the »Grail Narration«) in their full length. By arranging the scenic movement in front of the orchestra, the audience will be even closer to the action. Patrick Bialdyga, director of artistic production at the Oper Leipzig, will stage this special version of Lohengrin. He says, »This intimacy makes Lohengin into a chamber work.« The pictorial worlds of Bayreuth-born artist Klaus Hack, whose archaic figurative style evokes a mythological world, provide the framework for the performance.

Revenge and jealousy are the driving forces behind this eerily beautiful opera. It seems almost uncanny that librettist Salvadore Cammarano died suddenly just as he was putting the finishing touches on the text. Verdi created music as bleak as it is stirring to match the sinister plot. He wrote moments of vocal brilliance, creating stunning contrasts amid darkness. So sure of his creation he once boasted, »If you travel to India and to Central Africa, you’ll hear Trovatore,« he was right. Together with Rigoletto and La Traviata, Il trovatore is part of the »trilogia popolare.«

Even before the opera begins, the wheels of fate have begun to turn. Out of revenge for the murder of her mother, who was burned as a witch, the gypsy Azucena has killed the son of the old duke of Aragón. In truth, though, it was her own son that she’d killed in a moment of delusion. Manrico, the brother of the young duke, has survived, and Azucena has raised him in the belief that he is her biological child. Now the brothers face each other as rivals while courting the same woman. When it all comes to a head, a cruel showdown ensues. This abridged version, presented without an intermission, is directed for the stage by Jakob Peters-Messer, who thrilled audiences at the Oper Leipzig in 2017 with his Kafkaesque production of Don Carlo. His version of Il trovatore, with sets by Markus Meyer and costumes by Sven Bindseil, premieres in November.

What was, what is, what is to come – three questions that time and again moved Mario Schröder during his ten years as ballet director and principal choreographer of the Leipzig Ballet. Hence the title of this festive gala, presented by the Leipzig Ballet. The word »terra« is the Latin name for our planet, and also the name of a satellite that was sent into orbit on November 18, 1999, by NASA, the US National Aeronautics and Space Administration. Its mission is to explore the globe from space: the satellite completes its orbit around the earth in only 98 minutes, meaning it travels around the world several times a day.

In Terra, the Leipzig Ballet presents highlights of its diverse repertoire. In addition to excerpts from its current productions (including works by Tchaikovsky or the St. John Passion), favorites from the past return, including selections from Chaplin and Mozart Requiem. A range of choreographic masters is on hand, in stylings ranging from classical ballet to modern dance.

The Musikalische Komödie couldn’t have found a better venue for the musical Bretter, die die Welt bedeuten and their new Schlager Revue. The former ballroom in the historical Felsenkeller boasts a variety stage and unique architectural features that perfectly complement the nostalgic charm that imbues both productions. According to Torsten Rose, »Due to construction delays, we won’t be able to return to our freshly renovated Haus Drei Linden, but that won’t keep us from playing for our audience! I’d even say that it’s one of our ensemble’s secret weapons: the ability to rise to the challenge of a new venue. We can hardly wait to bring you six additional evenings of great entertainment.«

Cusch Jung, Principal Director of the Musikalische Komödie, presents Spiel mir eine alte Melodie, a potpourri of beloved songs from the first half of the 20th century, in arrangements especially prepared for the Orchestra of the Musikalische Komödie. The invention of shellac records (also known as 78s) triggered a revolution in the music market and on the radio. All at once, the greatest hits by the biggest names were available anywhere and everywhere, and they spread like wildfire. This rapid technological advancement ushered in the age of the »Schlager«.

»I cannot write poetically, for I am no poet. I cannot make fine artistic phrases that cast light and shadow, for I am no painter. I can neither by signs nor by pantomime express my thoughts and feelings, for I am no dancer; but I can by tones, for I am a musician!« That’s how a young Mozart described himself. And now, »Trazom Suedama Gnagflow,« as he once referred to himself in a letter to his mother, will make his way to the Konzertfoyer at the Oper Leipzig. There, he will transfix young audiences as he explains what’s in a name (he had many!) and delight them with tales of music making – and of smearing his snacks on the piano keyboard. His favorite characters from his operas will stop by, too, and there will be a wealth of curious instruments to discover. The program is recommended for children aged five years and older. And if you’re in the mood for more Mozart, but are terribly pressed for time: On 11 November 2020, there’s a
repeat performance of Schnelle Füße, rascher Mut – a condensed version of Zauberflöte – at the Opera House!

The Oper Leipzig Visitor Services team is happy to help you reserve tickets, and has up-to-date information on current regulations, as well as details regarding pricing categories for time- and space-impacted performances.
You can reach Visitor Services in person on the Augustusplatz, via telephone at +49 (0)341 1261 261, or via email at
service@oper-leipzig.de

You can also book tickets online at www.oper-leipzig.de. 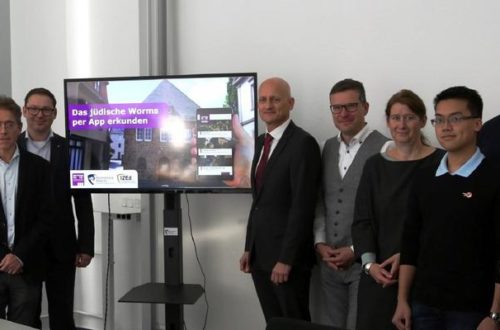 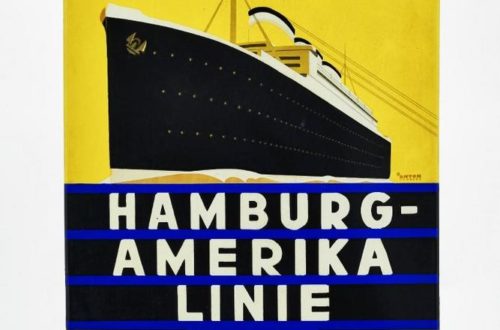 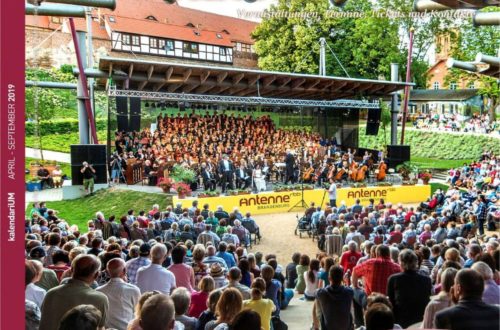