The infoteam Software Group mourns the death of Dr. Wolfgang Brendel. The company’s founder and long-time Chairman of the Supervisory Board passed away at the beginning of November 2020.

"The entire infoteam family is mourning the loss of its company founder Dr. Wolfgang Brendel. Our deepest sympathy goes to his family. With Dr. Wolfgang Brendel we are losing a unique person and a great entrepreneurial personality. His entrepreneurial vision, expertise and humanity were and are the foundation of the infoteam Software Group," says Joachim Strobel, CEO of infoteam Software AG.

Together with his wife Petra and two other courageous pioneers, Dr. Wolfgang Brendel founded, built and significantly influenced infoteam in 1983. For many decades he helped shape infoteam at the top and from 2010 to 2020 he was on the supervisory board to oversee the company’s fortunes. Together with his companions from the first hours, days, months, years and decades, he created what has shaped infoteam from the very beginning to the present day: a company whose goal is more than just economic success. A company that unites people and creates a positive environment in which they can grow together both professionally and privately. With Dr. Wolfgang Brendel, infoteam has become an institution in software development. More than 300 employees in four countries develop software that enables safe railway technology worldwide, saves lives in medical devices, networks modern industrial plants and creates artificial intelligence systems.

Dr. Wolfgang Brendel lived the drive to shape and improve the future together, both at infoteam and in his private life. Together with his wife Petra Brendel, he enjoyed travelling, getting to know countries, people and cultures and was committed to giving the weak a foothold and future and building a strong social community. For him, looking at the world was as much a matter of the heart as the profession of loyalty to his home in Bubenreuth.

"It is with great respect that we bow to Dr. Wolfgang Brendel as a great personality, to his authenticity and his ability to think new things and consistently implement his own ideas and values in reality. We will continue his life’s work in the form of the infoteam Software Group in his spirit and in dignified memory," says Joachim Strobel.

infoteam Software Group has been implementing unique software solutions for their customers in the industry, infrastructure, life science and public service markets for almost 40 years. Its core business comprises the partial and total development of control and embedded software, middleware and application software – agile, modern and in line with the latest security requirements. Special areas of expertise include normatively regulated software for use in medical and laboratory equipment (IVDR, MDR, FDA, ISO 13485, IEC 62304, etc.) as well as functionally safe software at the highest safety level (IEC 61508, EN 50128, etc.). The service portfolio is well rounded as a result of many years of experience in data analysis, AI and machine learning.

infoteam Software Group employs more than 300 people and has offices and subsidiaries in Germany, the Czech Republic, Switzerland and China. The parent company, infoteam Software AG, is headquartered in Bubenreuth near Erlangen, Germany. 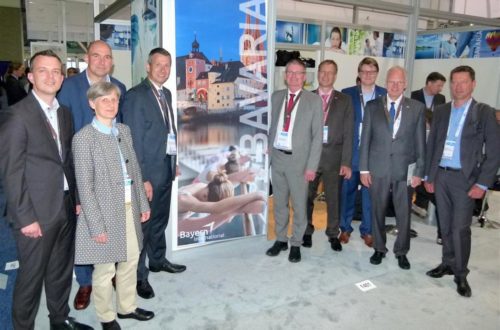